Coming right to your desk!

Given our current environment and the importance of protecting the health and safety of WSA members, WSA will deliver this year's CEO Camp online.

While we intend to go back to in-person sessions next year, providing online webinars in 2020 will give WSA members educational programming they need while meeting social distancing requirements. Here's the "411" to help you get the most from this year's CEO Camp, WSA's most popular educational program.

Read below to learn how you could win a $500 Gift Card by participating in CEO Camp! 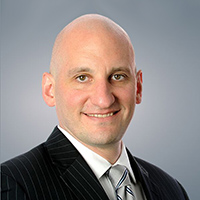 TOM POSEY
Seyfarth Shaw
Tom represents employers in all aspects of labor and employment law and also represents private companies in construction and commercial litigation matters. He serves as chief labor negotiator for building trade, hospitality, manufacturing, automotive and other industry clients in collective bargaining, and represents and counsels employers in a wide range of employment disputes. Tom has extensive litigation and trial experience before arbitrators, state and federal judges and juries, and numerous administrative agencies, and has successfully argued several cases before the U.S. Court of Appeals for the Seventh Circuit. He regularly counsels clients and gives presentations to businesses and trade groups on a variety of employment, labor relations and human resources issues, with an emphasis on litigation practice and avoidance. 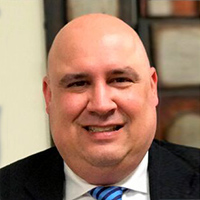 MARK GALLEGOS
Porte Brown
Mark is Senior Tax Manager at Porte Brown. He has practiced public accounting for more than 18 years, advising business and individual clients on a broad range of tax and business matters including mergers and acquisitions, tax controversy, multi-state taxation and R&D tax credits and incentives.

Prior to joining Porte Brown LLC, he worked for two national accounting firms focusing on middle market clients. He has extensive experience working with closely held companies and providing tax strategies for a wide range of industries.

Mark earned a B.S. in Accountancy from the University of Kentucky and a Master of Science in Taxation from DePaul University. 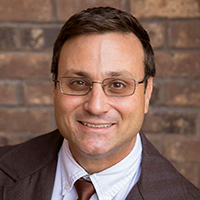 PAUL SATTI
Paul is the Technical Director of projects and research at the Construction Safety Council, with over 23 years of experience in safety and health management systems. Paul holds a master’s degree in Industrial Management from Northern Illinois University, is a Certified Safety Professional and Construction Health and Safety Technologist by the Board of Certified Safety Professionals and an authorized OSHA outreach trainer for construction.

MEGAN ANGLE
Porte Brown
Megan has more than 10 years of experience with construction companies. Megan has been a part of the Porte Brown team since she graduated from Judson University. Growing up in a family with a closely held roofing company, Megan has had a first-hand view of the construction industry all her life. She has experience with working with contractors of various sizes and specialties and provides a variety of services from meeting with clients on a quarterly basis to review their performance and discuss plans with management, leading teams on annual financial statement audits, and participating in special consulting engagements in various areas including work in process performance and analysis. Megan is currently working on completing her Masters with a focus in Organizational Development. She serves as a board member for the Tri-Town YMCA as well as her local chamber of commerce, and is a committee and task force member of the Illinois CPA Society. 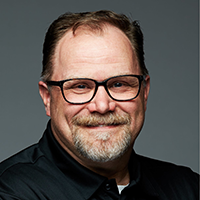 BRAD BENHART
Purdue University
Brad has been a mainstay in the construction industry for more than 30 years. He has been involved in all aspects of construction, including: healthcare, commercial, residential, international, and all related aspects of training and education. In 2009, Benhart furthered his commitment and passion to construction education by accepting a Professorship at Purdue University in their Building Construction Management program. Brad focuses on construction supervision, project management, and strategic planning. He is currently focused on the benefits of industry peer groups for specialty contractors, and is very involved in field supervision training programs both at Purdue and on the national level. He focuses on the mentoring of the retiring baby boomers with new foremen and superintendents. Brad also has an extensive resume in industry, having served as Vice President with Pepper Construction Company, where he managed projects ranging from $100,000 all the way up to $250 million. He continues to be an adjunct professor at Northwestern University in project management and has actively taught and trained many employees in the industry. When he is not in the classroom, Brad owns Integrated Construction Resources, a construction consulting company that focuses on strategic planning, training, expert witness analysis, and owners’ representation.

JAMES F. COYNE
Plumbers Local 130
James F. Coyne is the Business Manager of Plumbers Local Union 130 U.A. Jim is a 40-year member of the Union and in his first 25 years of his plumbing career, he worked on many commercial buildings and high rises in downtown Chicago.

In 1987, Jim was appointed by Business Manager James J. McCarthy as a part-time officer. He held multiple part-time positions until the year 2000 when Business Manager Gerald M. Sullivan appointed Jim to a full-time position as Recording Secretary. In 2002, Jim was appointed as the Financial Secretary/Treasurer where he served for the next 10 years. In 2012, Jim was elected as the Business Manager in the largest plumbing local within the United Association and has a jurisdiction of 17 counties in northern Illinois. In May 2018, Jim and his slate of officers were re-elected without opposition to another term of office. 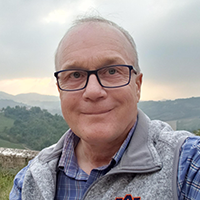 KEITH RAHN
Porte Brown
Keith Rahn is an Associate Professor at Auburn University at the McWhorter School of Building Science (2012 to present). Rahn also served as an Instructional Assistant Professor at Illinois State University for nine years in the Construction Management Program. His classes both Undergraduate and Graduate levels focus on mechanical and electrical systems, project management and administration, estimating and project scheduling, and construction material and methods. He is currently a member of the Auburn University Facilities – COVID-19 Building Task Force and Academic Sustainability Advisory Committee. Also, serves as International Board President for Sigma Lambda Chi the honorary society for Construction Management students. In 2007, Rahn was presented the MCAA Educator of the Year Award. With 15 years of MCAA-related experience in estimating, project management, and ownership, his industry knowledge and educational background provide an unparalleled classroom experience. 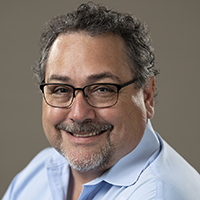 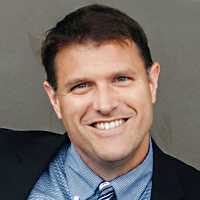 NEIL IHDE
Life IQ
Neil Ihde is a speaker, lecturer, consultant and founder of Life IQ, where he motivates groups and individuals to work, play, relate and live intelligently. Neil has worked with more than 25 Fortune 500 companies, including AT&T, Discover Card, Domino’s, Transamerica, and GE among others. He has also consulted internationally with clients from a dozen countries. He is a TEDx speaker and his Life IQ YouTube channel recently eclipsed 500,000 views. Neil earned a B.A. in Psychology, a B.A. in Sociology, and an MA in Counseling. 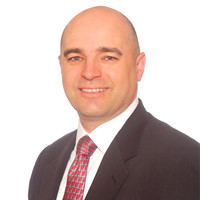 JIM MCINERNEY
is Senior Vice President at Gallagher, the second largest construction broker in the world. As a leader in construction insurance and risk management, Jim has responsibilities with Gallagher’s expansion efforts across the country.

In his previous role with Rex Electric, Jim served as President. He was instrumental for growing revenues for the $85 million electrical contractor more than 30 percent over a one year period. Jim doubled the gross profits of the organization, and expanded the firm into high-growth, emerging markets.

Before joining Rex, Jim was a Senior Vice President with Leopardo Companies, a $450 million general contractor, where he was instrumental in growing revenues by over 1,000% over a 23 year period. He was responsible for operations, risk management and safety.

Jim has lead over 6,000 construction projects valued at over $5 billion. Jim is a Certified Safety Professional (CSP) and has been procuring construction insurance for over 25 years.

Jim grew up on the South Side of Chicago, attended Marist High School, and has coached more than 30 youth sports teams. 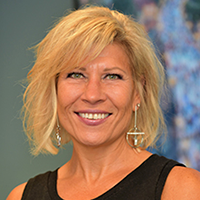 JACQUELINE KUEHL
DePaul University
is an experienced marketing executive, bringing expertise in building teams, strategies and business to her teaching and industry outreach roles at DePaul. In addition to her marketing consulting work through Kuehl Marketing, she has held marketing leadership and business development positions with Glory, The NPD Groupp Insights Now and PepsiCo’s Frito Lay. She created the course, Science of Retailing, and is developing the university’s digital marketing curriculum. She also assisted in shaping DePaul’s certificate programs in search engine marketing and marketing analytics. A Double Demon, Kuehl earned her MBA and bachelor’s degrees in marketing from DePaul.